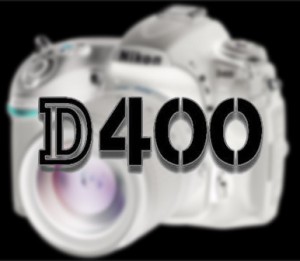 Rumors of the Nikon D400 are heating up. The next wave of Nikon camera announcements should come in late August or early September 2013, and the D400 is a possibility. It is highly likely we will see another refresh of the Nikon 1 and some new Coolpix this fall. The the entry level DX D3200 (announced April 2012) will also be due for a refresh around the end of this year as it continues on roughly 1.5 year cycles.

The D400 will slot above the D7100 and be aimed at professionals and advanced amateurs who crave a high FPS and a full magnesium body for durability, but want the reach benefit of a DX sensor for wildlife and sports photography. The sensor is bound to be 24MP as offered across the current DX-line, and most likely a variant of the Toshiba-build D7100 unit if not something more advanced for better low-light capabilities. Sports and wildlife shooters demand speed, and boosting 7 to 9 frames per second in full-DX mode is a goal, and will require some major upgrades given the amount of data processing necessary. A larger buffer is one thing the D7100 currently lacks, and the D7100 can only do a 1.3X crop at 7fps.

Those who shoot long lenses as a profession demand a strong body for durability in the field as well as a large, comfortable grip to handle hefty professional lenses. The D7100 only offers magnesium on the outside shell, not in the internal frame and lens mount, where it matters. A high-end DX would have the build level of the D800 and D4, internally as well as externally. It may also include a bigger form factor, like a mini-D4 with integrated grip and extended battery capacity.

Built-in WiFi and GPS are becoming standard on many cameras, however Nikon may elect to keep them as optional accessories as they have in recent releases. Since it will be a professional camera we might see built-in network capability for tethered Ethernet control similar to the D4.

DSLR Video capabilities are a given, and the D400 should offer a host of video features. Uncompressed HDMI output, 1080 HD at 60p would be possible with extra processing power. To get a leg on the competition, Nikon could give the D400 4K video capabilities, something Canon only offers in their $12,000 EOS-1D C. 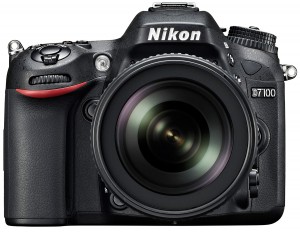 February 21, 2013: Nikon announces the D7100, its new flagship DX camera. The Nikon D7100 is almost everything that the D400 would have been. It pushes the D7000 envelope further, updating the sensor to 24MP, improving its autofocus to Multi-CAM 3500DX with 51 AF points with the center point functional at f/8, upgrading to the EXPEED 3 processing engine and adding new wireless connectivity options.

The D7100 brings many firsts for Nikon. Its 100% viewfinder display is augmented with an Organic LED display rather than the standard monochrome LCD of previous Nikon cameras. The OLED improves visibility of shooting information when looking through the viewfinder. Nikon also adds a 1.3X crop mode, which increases continuous shooting to 7fps from 6fps. This effectively makes the overall crop factor 2X compared with the full frame 35mm FX format. The D7100 also introduces an i-button to quickly access the most frequently used features. 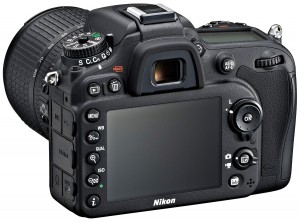 The D7100 offers the same dust and moisture resistance as the D300s. The top and back of the camera are made of magnesium alloy, while the front is poly-carbonate. Its shutter is designed to last for at least 150,000 shutter actuations. Like the D800E, Nikon has removed the anti-alising filter to improved sharpness. The LCD size has increased to 3.2 inches and 1,229K dots. Nikon has also done away with the built-in plastic screen protector.

Nikon uses the word “enthusiast” to describe the D7100. Indeed, the word appears four times in the Nikon USA press release. The camera is aimed at the high-level enthusiast, similar to the FX F600. But the D7100 falls short of the pro-level build of the D800 and D4. Whether a D400 pro-level DX camera will come is a question that will be debated for some time. For now, the D7100 offers the most features Nikon offers in a DX format camera. 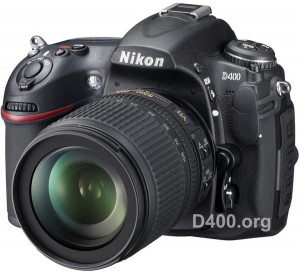 This year is shaping up to be huge for Nikon. A tumultuous 2011 brought many setbacks. First a devastating earthquake and tsunami hit Japan in March which shut down their Sendai factory for several weeks. This halted production of their full-frame pro DSLR (D700, D3S, D3X) which were produced at the facility and delayed the release of the D4 and D800. Then in October, Nikon’s Thailand factory was flooded under several feet of water for weeks, stopping production of the rest of the DSLR line: D3100, D5100, D7000 and D300s. Worldwide shortages hit just before the holidays, severely affecting their revenue.

Amazingly, Nikon has bounced back as if nothing happened. In the first two months of 2012 has announced two new DLSR: the flagship D4 sure to win over sports and action photographers and the D800, the landscape photographer’s dream. Both cameras are scheduled to be delivered in March. What is next? The most logical new camera might be the D400.

Currently, there is a gaping hole in Nikon line. The D300/D300s is long in the tooth and has been technically surpassed by the enthusiast-level D7000. There is no new option between the D7000 at $1200 and the stunning $3000 D800 that was just announced. Nikon may keep the D700 in the lineup for a while alongside the D800, but it can’t sell the D300s or D700 in Japan due to its battery design. A top-end DX camera priced between $1600 and $2000 with pro-quality features and weather-sealed magnesium body would fit nicely in Nikon’s 2012 lineup.

A new D400 DX-format pro camera would fill the niche perfectly. Sony has a 24MP CMOS sensor. But Sony has had trouble of its own since its factory was flooded in Thailand. That same flood drowned Nikon’s facility where the D400 most likely was to be produced. Sony has been unable to deliver enough of their own 24MP-based SLT-A77 and NEX-7 cameras due to the floods. And there is still some doubt whether the sensor with its 24MP are too much for DX. Perhaps the D800 will change perceptions about pixel density.

What can the D400 offer that the D7000 currently lacks? Better video, higher continuous shooting frame rate, more advanced auto focus system, higher resolution, sturdier build as well as incremental improvements in ISO and dynamic range. What would you want in your Nikon D400? What would you be willing to pay?