Today, Nikon UK added the new 18-300mm DX lens to its web site. The 16X super zoom lens adds an additional 100mm of reach on top of the existing 18-200mm DX lens. Its official release may come in the next few days, perhaps accompanied by a new or updated DX DSLR.

Features of the new lens include Vibration Reduction VRII technology to help stabilize hand-held shots, thereby allowing use of shutter speeds up to 4 stops slower than without stabilization. The 16 times zoom brings distant objects into view and provides a 27 to 450mm equivalent focal range in 35mm terms. A zoom lock switch prevents the lens from extending when the camera is not in use. The use of nine rounded aperture blades provides pleasing out of focus effects for smooth bokeh. Three ED-coated elements reduce flare and ghosting, while three aspherical elements correct for distortion. The silent wave motor provides quiet auto-focus function.

This week Nikon Rumors reports Nikon will announce three more DSLR cameras in 2012. The current DSLR that have not been updated or replaced recently include the D3100, D5100, D7000 and D300s. It should be noted that all of these cameras are produced in Nikon’s Thailand facility that was badly damaged in the floods in October, 2011. The Thailand factory resumed production in January and should be operating at full capacity by the end of March.

A review of previous Nikon DSLR camera announcements may predict what is due for update this year:

Schedule: 2 year update schedule
Status: on schedule
Prediction: D5100 not due until 2013.

Given the history of Nikon DSLR announcements, it seems the D3200 and D400 are the most likely cameras to be released soon. The D7100 may come later in 2012. The current D7000 is in extremely short supply due to the Thailand situation, with back orders stacking up for months. This will most likely be rectified before the updated D7100 is released. The D3100 and D5100 have not experienced as many shortages.

The D400 is most anticipated DSLR due for update. In his February 15 commentary, Thom Hogan notes the price gap between the $3000 D800 and $1200 D7000. He beleives with “100% confidence” that there will be camera to fill this spot. His thinks a $1700-2000 camera would fit and it would most likely be DX format. “History and price say that it will be DX,” he states. He thinks a full frame camera in this price range is unlikely due to the sensor cost.

We expect Nikon to make the D400 announcement soon. The Nikon D3200 is likely to follow. The D7100 will probably come later this fall. 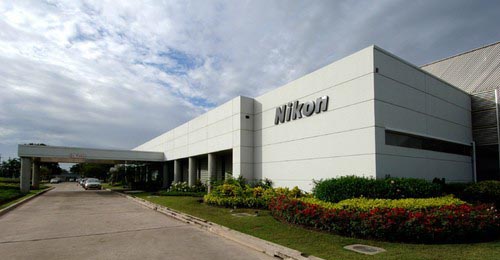 Nikon’s Thailand factory was devastated in 2011 when floods reached Rojana Industrial Park, Ayutthaya. The plant produces the bulk of its DSLR cameras, including the D3100, D5100, D7000 and D300s models and would be the most likely candidate for the Nikon D400. Rising water put the entire ground floor of the facility under water and destroyed its components and assembly equipment, amounting to losses of over 10 billion Yen.

Last month the facility started to resume limited production. Nikon representative Tetsuya Morimoto has said that by the end of March it should be operating at full capacity.

As production resumes there is a worldwide shortage of Nikon DSLR cameras. Many dealers and customers have been waiting for months to receive their D7000 orders. It is not known where the D400 will be produced, but the situation in Thailand will undoubtedly delay the new camera’s production and announcement until Nikon can get its production back on track.

This year is shaping up to be huge for Nikon. A tumultuous 2011 brought many setbacks. First a devastating earthquake and tsunami hit Japan in March which shut down their Sendai factory for several weeks. This halted production of their full-frame pro DSLR (D700, D3S, D3X) which were produced at the facility and delayed the release of the D4 and D800. Then in October, Nikon’s Thailand factory was flooded under several feet of water for weeks, stopping production of the rest of the DSLR line: D3100, D5100, D7000 and D300s. Worldwide shortages hit just before the holidays, severely affecting their revenue.

Amazingly, Nikon has bounced back as if nothing happened. In the first two months of 2012 has announced two new DLSR: the flagship D4 sure to win over sports and action photographers and the D800, the landscape photographer’s dream. Both cameras are scheduled to be delivered in March. What is next? The most logical new camera might be the D400.

Currently, there is a gaping hole in Nikon line. The D300/D300s is long in the tooth and has been technically surpassed by the enthusiast-level D7000. There is no new option between the D7000 at $1200 and the stunning $3000 D800 that was just announced. Nikon may keep the D700 in the lineup for a while alongside the D800, but it can’t sell the D300s or D700 in Japan due to its battery design. A top-end DX camera priced between $1600 and $2000 with pro-quality features and weather-sealed magnesium body would fit nicely in Nikon’s 2012 lineup.

A new D400 DX-format pro camera would fill the niche perfectly. Sony has a 24MP CMOS sensor. But Sony has had trouble of its own since its factory was flooded in Thailand. That same flood drowned Nikon’s facility where the D400 most likely was to be produced. Sony has been unable to deliver enough of their own 24MP-based SLT-A77 and NEX-7 cameras due to the floods. And there is still some doubt whether the sensor with its 24MP are too much for DX. Perhaps the D800 will change perceptions about pixel density.

What can the D400 offer that the D7000 currently lacks? Better video, higher continuous shooting frame rate, more advanced auto focus system, higher resolution, sturdier build as well as incremental improvements in ISO and dynamic range. What would you want in your Nikon D400? What would you be willing to pay?